Atlantic Salmon is an iconic fish species often known as the king of fish. Atlantic Salmon have a distinctive pink flesh and are a dark blueish green from the top with a silvery body flecked with black spots above the lateral line, changing to almost white underneath. Salmon can reach a length of 150cm and up to 46kg in weight and can live up to 13 years.

In the wild Salmon have a particularly interesting life history starting life at the head of freshwater rivers, traveling downstream as they grow. When the young fish reach the salt water in the estuaries they undergo morphological changes to adapt them for the harsher oceanic environment through the process of “smoltification”. The silver smolts then head out to sea to grow and feed. After the fish have grown they will return to the very same river they were born in and swim upstream to the gravel beds close to the head of the river to spawn and often die with about 10%-40% of females successfully making the journey back to sea.

Unfortunately wild salmon have declined over the last few centuries due to the degradation of river environments through water pollution, overfishing and man made structures such as damns. As a result of this salmon farming has been developed to provide consumers with a plentiful source of fish without taking from potentially vulnerable river stocks.

Salmon is versatile seafood, which lends itself especially well to smoking, poaching and grilling. 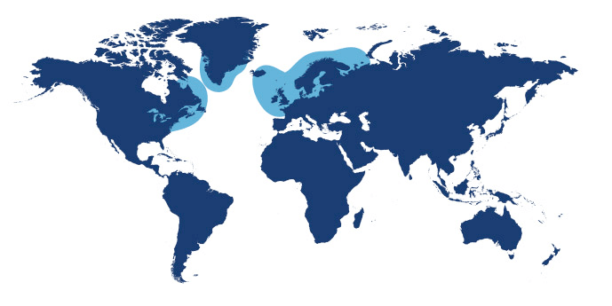