Haddock, a member of the Cod family is a marine fish found on both sides of the North Atlantic.

Haddock is a popular food fish it is easily recognized by a black lateral line running along its white side, and a distinctive dark blotch above the pectoral fin, often described as a “thumbprint” or even the “Devil’s thumbprint” or “St. Peter’s mark”.

Generally, adult Haddock do not engage in long migratory behaviour, as do the younger fish, but seasonal movements have been known to occur across all ages. Haddock feed primarily on small invertebrates, although larger members of the species may occasionally consume fish.

The most important spawning grounds are in the waters off middle Norway near southwest Iceland, and Georges Bank. An average-sized female produces approximately 850,000 eggs, and larger females are capable of producing up to 3 million eggs each year.

Haddock is not usually available beyond 3.5kg. The flesh is not as white as Cod, and is not as flaky, but has a slightly sweeter taste, which is why Haddock is the best whitefish for smoking. 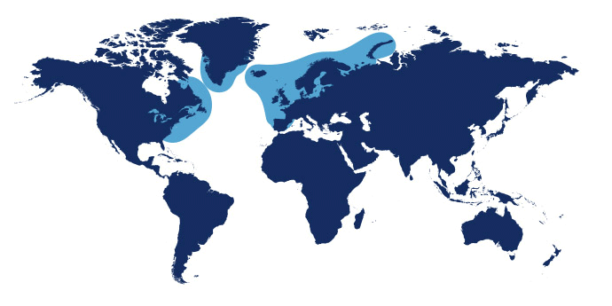