King Prawns also known as Pacific White Shrimp is a variety of prawn originating from the eastern Pacific Ocean. They are among the most widely cultivated shrimp in the world. This is due mainly to ease of cultivation and rapid growth rate; harvesting begins after 120 days.

The body, which can reach up to 23cm in the wild, is translucent white, hence the common name “white shrimp”. The raw meat is white but turns whitish-pink when cooked.

The major species of farmed shrimp, King Prawns are native to the eastern Pacific, from Sonora in Mexico to northern Peru. The main sources of Pacific white shrimp are Ecuador, Mexico and Brazil. 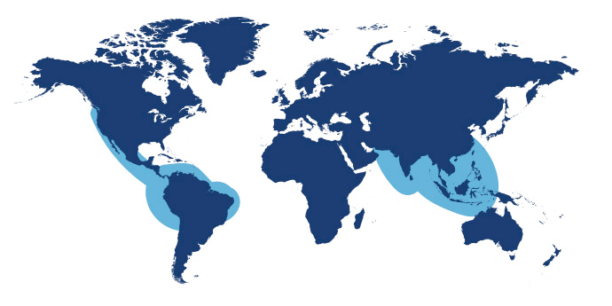