The Mussel’s external shell is composed of two halves that protect it from predators and desiccation. Protruding from a valve is an enlarged structure called the umbo, which indicates the dorsal surface of the Mussel.

Rope-grown Mussels are cultivated on suspended ropes, which ensures they don’t touch the seabed and pick up grit and barnacles. Their bluish-black shells are thinner as they are grown in sheltered waters so the shells don’t need to endure stormy seas. The meat content is also higher as they are not left dry at low tides and can constantly feed on tasty phytoplankton.

Ensure the Mussels are clean and free of barnacles; remove any ‘beard’ (also known as ‘byssal thread’, and is what attached the Mussel to the rope or rock it grew on), and simply steam in the serving sauce or over a bed of seaweed. Discard any that do not open. There are classic recipes such as Moules Marinieres and Moules Provencal, and you can’t imagine a Paella without them. Mussels make a fine starter, lunch or main course. 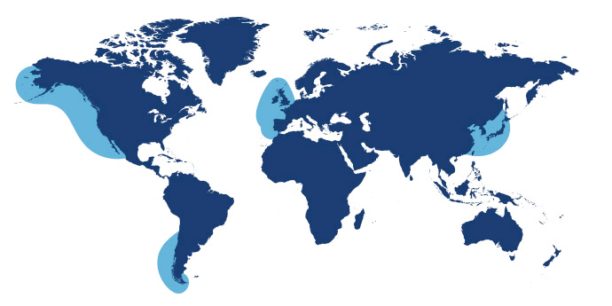