The Pacific cod is an important commercial food species. It has three separate dorsal fins, and catfish-like whiskers on its lower jaw. It is similar to the Atlantic cod in appearance.

A bottom dweller, it is found mainly along the continental shelf and upper slopes with a range around the rim of the North Pacific Ocean, from the Yellow Sea to the Bering Strait, along the Aleutian Islands, and south to about Los Angeles, down to the depths of over 1,000 meters. Pacific Cod can grow up to 119cm and weigh up to 22kg. It is found in huge schools. Pacific Cod is fished using hook and line gear, pots, and bottom trawls.

Raw Pacific Cod is opaque and creamy white. Cooked meat is white, tender-firm, lean and flaky, with a mild taste. The moisture content is a little higher than that of Atlantic cod, making it less firm. As it is so lean, it cooks quickly and benefits from moist heat. 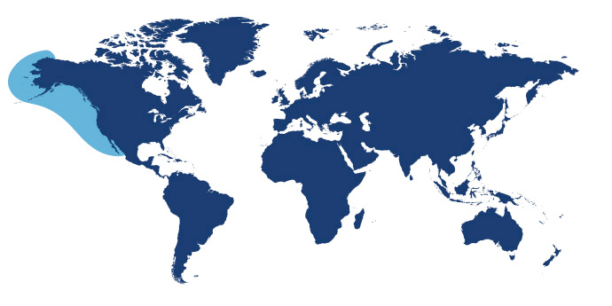