Sardines or Pilchards are both the same species, which has the Latin name Sardina Pilchardus. They are a group of several types of small oily fish related to herrings, family Clupeidae. Sardines were named after the island of Sardinia, where they were once in abundance. The smaller fish are known as Sardines and the larger, older fish are Pilchards. They range in size from 80g – 150g.

There are two types of Sardines, the North Atlantic Sardine is fished off the South Coast of Cornwall, the French Coast and in the Mediterranean and they tend to prefer warmer waters. Currently most of the UK catch goes to France, and the Pacific Sardine are caught from northern California to Alaska and from Eastern Russia to Japan.

Sardines are ideal for grilling whole and served as a starter or for barbecuing. They are a boney fish, but the bones are not a problem, when cooked they are soft and perfectly safe to eat, and are a great source of calcium. 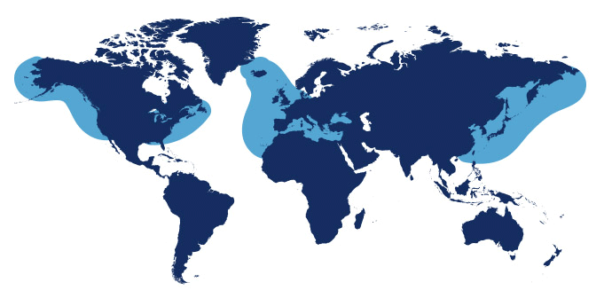